The Rift Zone 27.5 is Marin’s most popular mountain bike.

For zipping up mountains, soaring back down them, floating over jumps, or popping out of turns, it’s made for fun and made for everyone.

Hang on a minute.

You rub your chin. Move in towards the screen. Stare closely at the images. You think back to the days before the Rift Zone 27.5. Wasn’t there was another most popular bike that had you dreaming of Marin County, California singletrack and watching the sunset from a classic local peak like, say, Hawk Hill?

Affordable, robust, versatile and capable. You definitely knew the bike. In fact, maybe you even bought it, and now you've seen the video you are going to head out for a spin to confirm your theory — yep, it’s every bit as fast and fun.

You are right. You have seen the Rift Zone 27.5 before. In a previous life, it had a different, but now unmentionable name and the reason is really rather dull: someone somewhere set up a new bike company and threatened to launch a hawkish legal challenge against Marin if we kept the old name.

We didn’t lose too much sleep. Our most popular mountain bike has a new title, but everything else is just as appealing as ever.

Now, the Rift Zone family has been extended to include a full range of bikes that represent the great value, excellent spec, and beautiful finish that make Marin’s most popular bike so, well, popular.

It’s not just the Rift Zone 27.5 that has a new name: Our super fun full-suspension kids’ bike is now called the Rift Zone Jr. The wagon-wheeled range-topper is the Rift Zone 29 (previously Rift Zone — we are allowed to talk about that). Plus, we’ve added a new-for-2021 Rift Zone 26.

We sent team rider Nikki Whiles out on the road in the UK to help get the word about while remaining socially distanced — which meant he had to turn up the volume. We hope you enjoy the video. 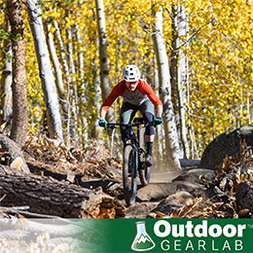 A well-rounded mid-travel trail bike with a great build...