Equipped with the sort of geometry and components you'd expect to see on a much bigger travel bike, the 2020 marin rift zone is a short-travel trail bike that looks to pack a whole lotta punch. Barely a couple of months ago, Marin released the brand new 2020 Rift Zone; the Californian brand’s short-travel 29er trail platform. Equipped with 130mm of travel up front, 125mm of rear travel, and some juicy geometry numbers like a 65.5° head angle, the Rift Zone joins a new era of enduro-inspired, short-travel trail rippers like the Whyte S-120 and Norco Optic. As part of the launch, Marin debuted three Rift Zone models based around the same Series 3 alloy frameset. Ranging from $2,399 to $3,899, the alloy Rift Zone models represent darn good value for money, proving that you don’t have to skimp on geometry with an entry-level full suspension mountain bike.

Building upon that same platform, today Marin has announced two new Rift Zone models. These two lovely lookers are designed to elevate the performance bar with the addition of carbon fibre frames, along with higher-end build kits to match. 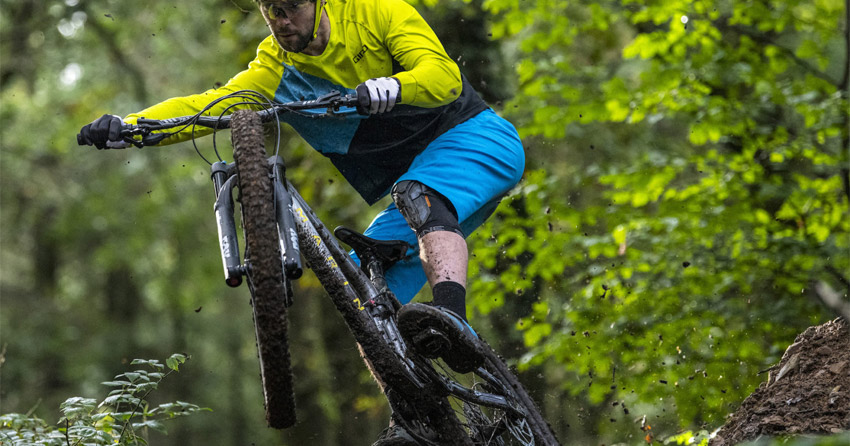 What Kinda Travel We Got?

Exactly the same as the alloy Rift Zone. So there’s a 130mm travel fork up front, and 125mm of travel out back.

MultiTrac is a rocker-driven, single-pivot suspension layout that Marin has utilised on the Alpine Trail (29in, 150mm) and Hawk Hill (27.5in, 120mm). It may not look anywhere as complicated as the Naild system on the aforementioned Wolf Ridge and Mount Vision models, but suspension doesn’t always have to be complicated. That’s because it is mate! The 65.5° head angle is slack for a trail bike in this travel bracket, and Marin has paired that to a reduced-offset fork to increase ground trail for more high-speed calmness.

There’s lots of other impressively modern numbers too. Like the seat tube length, which has been set nice and short to take up to a 175mm travel dropper post, depending on the frame size. The seat tube is also pretty steep at 76°, while the back end is very short at 425mm. Add in long top tube lengths, a stubby 35mm long stem and 780mm wide bars, and the Rift Zone looks quite suitable for A Good Time™. So what do you folks think of the new 2020 Marin Rift Zone Carbon? A good looking package for the money? Or not quite your type?

As soon as we pulled the new Polygon Siskiu T8 out of... Polygon have updated their Siskiu T series of bikes f...